Abba The Museum opened in Stockholm in 2013 and is an interactive exhibition about the pop phenomena that put Sweden on the map. 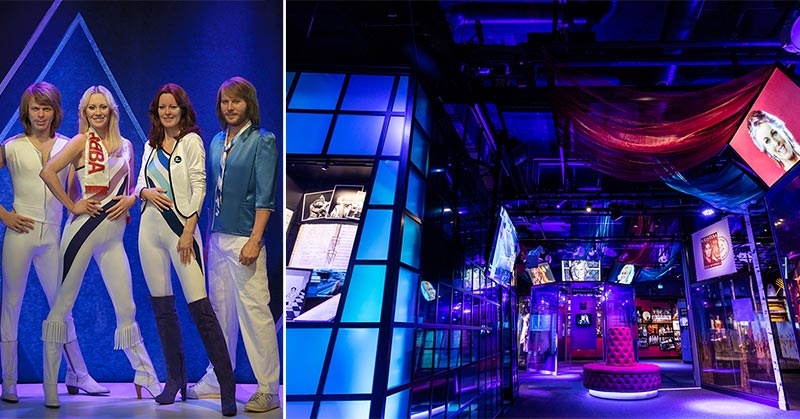 Meatballs, dynamite and ABBA – the pride and joy of Sweden! The latter, ABBA, is perhaps our most celebrated contribution to the world.

If you’ve been living under a rock – or if you were born in the 21st century – ABBA is a Swedish pop group famous for hits such as Mamma Mia, Dancing Queen, and Waterloo – which won them the Eurovision Song Contest in 1974 and international fame.

A brief history of ABBA

ABBA was formed in 1972 by Agnetha Fältskog, Björn Ulveus, Benny Andersson and Anni-Frid “Frida” Lyngstad. The group has sold over 400 million records worldwide and is Sweden’s most successful music export of all time.

ABBA the Museum – all things ABBA

You don’t just observe items – you get to listen, dress up, sing, play and feel like you’re the fifth member of ABBA.

Step into Polar Studios, where ABBA recorded their last three albums, and sing your own versions of the songs.

Dress up in original stage costumes and perform with ABBA on the hologram stage. Everything you do can be recorded and downloaded through a barcode on your admission ticket.

Visitors can also listen stories and memories told by the members of the group through an audio guide.

Tickets to the museum can easily be booked here. Just choose your date and book securely with our partner Viator.

The tickets can be printed or shown as mobile tickets, it's up to you. You may cancel the reservation up to 24 hours before your selected date and get a full refund.

Pop House Hotel – stay next to the museum

This stylish hotel is located in the same building as ABBA The Museum and 10 minutes from the city centre.

Pop House has 49 striking rooms, some of them with music themes such as Mamma Mia, The Party Room, and ABBA Gold Room.

» Our favorite hotels in Stockholm